Got the message the Server is DEAD, after I have refreshed, got in the game with new tribe, but server continued normally (all the team were there), there was even my old tribe in the top spot, BUT some else was controlling it?!

What kind of hack was that?!

Just autobot to control wher player are disconnect I guess

It just happened again... This time I DIDN'T refesh after getting the message that the Server is dead, so I was never disconnected from my side. I left the tab opened with the message, and opened the game in another browser, the server was running fine, all the players were there, my tribe was there (again I was at the first spot), tribe was alive, and SOMEBODY was CONTROLLING my tribe!!! :D WTH?!

Happened again... :/  My tribe was at the first place, but then got the message "SERVER IS DEAD" all of the sudden.

I've opened a new tab, entered the game, and the server was still active, all the same players/tribe names were there, even my tribe was there, but someone else was controlling it... 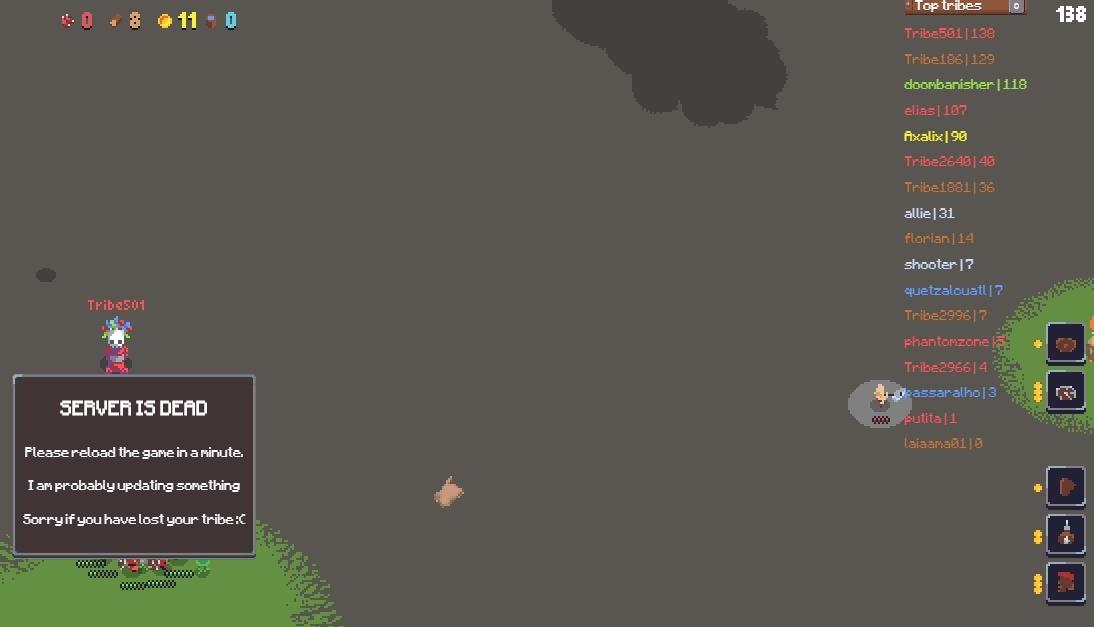