Castle walls are too easily destroyed by an enemy running around them with hammers.

After building a base with 2 other players, an enemy player was able to run circles around it with 4 minions (3 had hammers) and destroy most of the walls. Since he had a smaller tribe than us, we were unable to catch up with him while doing this*. Each time he ran past a wall his minions would hit it 3 times, which quickly turned our base into a wreck. We could only stop him by intercepting him on his path, cornering him from both directions, and chasing him away.

However he would never stay away, he simply recovered for a minute or two before returning to do this again. The damage to the walls would eat up all our wood, with not enough time to farm more wood between attacks. Some players left to go elsewhere to gather more resources, leaving only 1 person hopelessly trying to defend against him. I honestly got sick of trying to stop him and quit playing.

Our clan had decent players in it and towers on all our walls, yet this single player was able to destroy most of our base. I know it would be unfair if bases were indestructible, but I think there should be a defence against this kind of player. Attacks on bases should only succeed if the other players are stronger in number or in skill. Catapults should be needed to destroy a base, not just a few hammers.

*Note: When we shrunk our tribe sizes to the same as his we still couldn't catch him. When we made them smaller than his, we were unable to defeat him in battle. In a perfect world we would have won, but my teammates weren't very good. This would be unstoppable against any player building a base on their own.

Edit:Oh wait...U did...*FACEBALM*Although,how freaking big was ur base then?I usually build only around 1 MEADOW,and a small one,sooo...yeah...It requires MUCH less wood than a big freaking base u guys probably built.

So,to recap,solution:BUILD A SMALLER GODDAMN BASE,AND ONLY WALLS THAT U ABSOLUTELY NEED.My max castle so far was 1100,so I never had this problem,cause I could just put my 3 archers on the towers,and voila:DEAD HAMMERBROS.Although nobody attacked me yet like this:)Hehe...

Here's an example of what I meant by BUILD A SMALLER GODDAMN BASE AND ONLY WALLS THAT U ABSOLUTELY NEED: 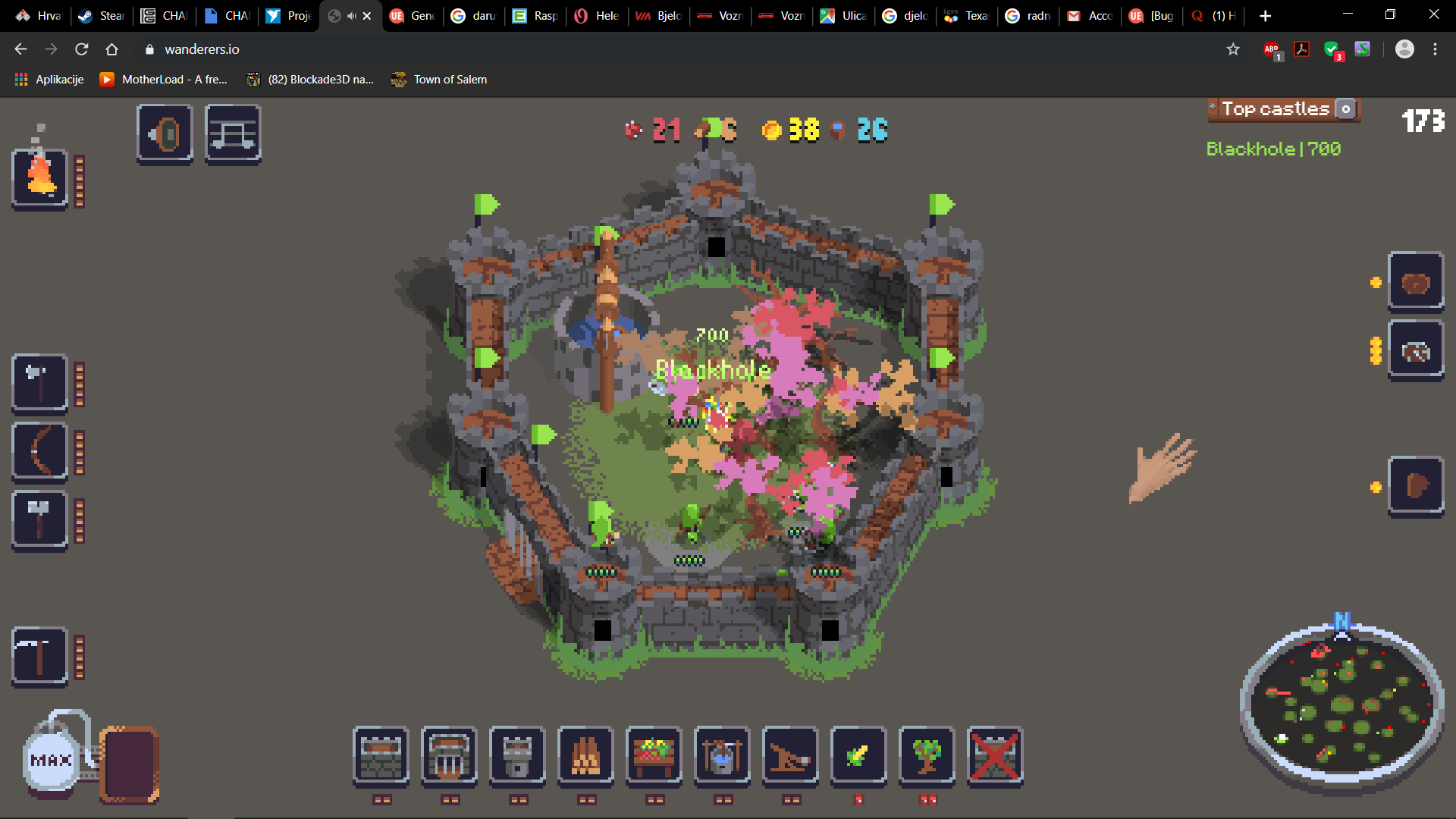