i tried to build castles quiccly at first to keep the green bots out... but somehow even when the castle was done they still managed to get in...but they couldnt get bacc out owu 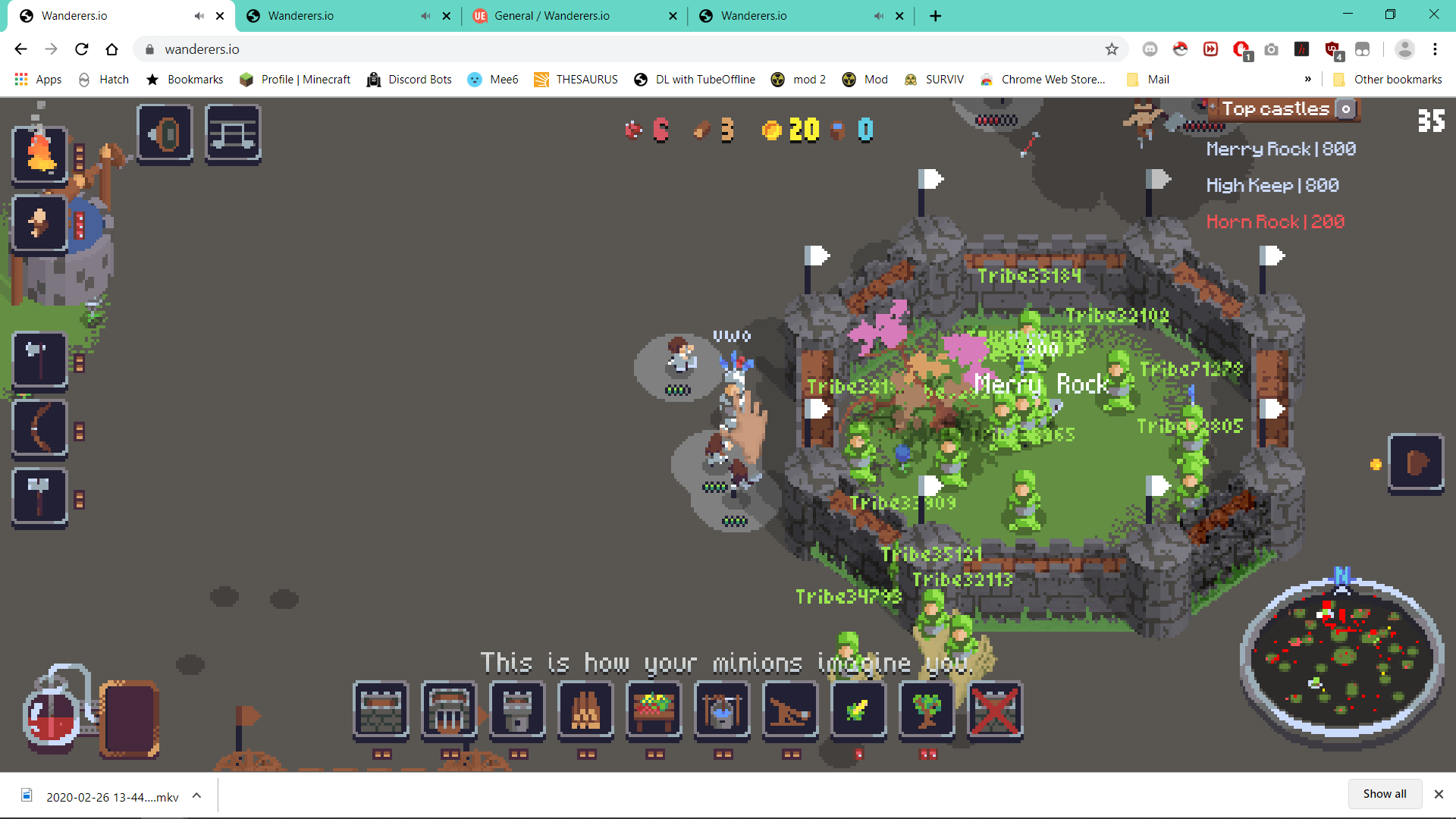 but its kinda hard since firstly you need to make the castle very quiccly otherwise the bots'll make it impossible to build it, second even when you're done, you need to keep it from getting destroyed or damaged or stuff like that. Third you ned a hell lot of wood if you want to trap every bot

as someone told me >w>