Ideas for resource system and base building

Hydrax 4 years ago • updated by Vepadaxide 4 months ago • 14

Hi! I've been playing wanderers.io for a few hours, and I immediatly thought of some ideas, that you might be interested with!

The problem with current resource system is that it's too simplified. I know, that it's F2P online browser game, but I'd love to see it in more advanced state. For that, I've came up with an idea, to completely redesign resource system.

Firstly, I suggest, that you can throw away your stuff, for example to exchange your resources with other players. The method is simple - you click on a resource you want to throw away, and then 1 unit of it pops out of your tribe's totem. Enemies also can pick resources dropped like that. It can provide players with sense of cooperation, and actual connection to their Tribe (instead of being mad for constantly stealing your items). Additionally, it can support defining your Tribe with a certain role. For example, you can focus on military upgrades and making your Sword minions tanky with 3rd Tier Shields and Helmets, while your ally focuses on sustaining economy of your Tribe, by gathering resources and then giving them to you/your allies.

Another thing is expanding resource list, to make it more elastic and advanced. I've came up with several new resource ideas:

Stone - Basic building material. It can be gathered by a Hammer Minion instead of Gold. Used in building construction;

Food - Simplified version of current Meat. It stands for everything edible in the game: from rabbit meat, through bread obtained in the Mill, to even human flesh, harvested from corpses;

Wheat - A core ingredient for making Food, it can be harvested by the Scythe minion from grass. It is used in the Mill. Can drop from killed Scythe minions;

Iron - A resource, which can be gathered from Iron Ores. Replaces Gold requirement, for example to hire Sword minions, and create 3rd Tier Shields. Can drop from a minion, which is equipped with either of those, and Crates;

Leather - A resource, which can be obtained from killed animals alongside Food. Leather is used in crafting of all helmets and 2nd Tier Shields;

Clay - A common building material, which can be obtained by Hammer minions from Clay Hills (however it drops faster and more plentiful). Can drop from killed people and Crates;

Mushrooms - Collected from mushrooms growing on Meadows. Only edible Mushrooms are collected - poisonous ones will still damage your minions (however, a Mycenology tech makes all Mushrooms edible).

Wood - Basic construction material, which is common in the world of the game. Can be used in crafting of 1st Tier Shields;

Gold -  Can be only used in shops for trade. At least 1 piece of it drops from Crates, buildings or dead bodies;

Base building would work similar to the Campfire mechanic. You pick up the building from a menu, and then place it in a desired location (it can be built only on Meadows). That's only a 1/3rd of a job. Then, you need allied Hammer minion to build it up. However, in "under construction" state, buildings are considered neutral. It means, that whoever finishes the job, claims the final result.

It should take no less than 5 hits to get it done, but certain buildings would be more advanced, ergo, more difficult to build. A difference between the Campfire and buildings is that the last ones are only to be used by a tribe, which built such a creation. It means it can be destroyed by hostile tribes. Plundered buildings drop some resources, just like crate (it's an instant effect - no looting required).

BASE BUILDING in short:

- Buildings are static objects, built by and assigned to it's tribe;

- Buildings can require more than one type of material to be constructed;

- Picking up buildings from a menu and dropping them on the battlefield only causes it to place construction site - Hammer minions are required to finish it.

- Building is only allowed on Meadows;

- Construction sites are neutral: whatever tribe finishes it (even when for example Blue Tribe did 99% of a job, but Red Tribe finished it), claims the constructed building;

- Buildings, unlike Campfires, are permanent objects (until of course someone decides to demolish it);

Here are some building ideas, I've came up with!

The Mill uses the new resource, Wheat in similar way like the Food Merchant and the Sawmill. When you have Wheat, you can click on the Mill change it to Food, which drops similar to previously mentioned buildings (a replacement for a over-generalized Meat).

The Wall and The Gate

The Wall can be used to block off hostile tribes (or unwanted allies), while the Gate is the only way, from which you can access fenced area. The Gate is opened by owner, by just clicking on it. The Wall and the Gate can be destroyed by hostile tribes. The construction of both is instant, and can be ordered on the Barren Land.

The Wall and The Gate stats:

The Tower is a defensive building, which can help players to defend their meadows or castles. Like the Wall and the Gate, it can also be built on the Barren Land. The Tower is operated by a Bow minion, which shoots nearby enemies and animals, but has the double range of it's ground counterpart. If the Tower is finished by a certain tribe, a certain Bow minion will appear on top of it - even if founder paid a price in Food.

Range of attack: Doubled range of a regular Bow minion.

The Well can be only built on a Waterfall. It replenishes Health of nearby minions, just like the Campfire. It restores 1 Health per 5 seconds. But, it can deplete it's source of water, which is represented by a decreasing blue bar. The Well contains 30 units of water, before it dries up (these can be used by any wounded minion of an allied tribe). The Well automatically destroys itself when the Waterfall Meadow is refreshed. Unlike the Campfire, the Well can be only used by a tribe which constructed it. Destruction of the Well dries the Waterfall, no matter how many water it contained before, rendering it unusable until a refreshment of it.

The Laboratory is building, which is used for a significant boost in scientific research. It works similar to the Mill: you throw in Mushrooms, and in return you gain Experience, which is used in Tech upgrades. Its rather high resource requirements make this building a must-protect structure if a tribe wants a reliable source of Experience for their left behind allies.

The Flag performs decorational role, but it can also raise morale of your allies. It makes their attacks more effective, by decreasing Block chance of enemy minions, which are on Meadow with built Flag. There is only limit of 1 Flag on the certain Meadow. Until the Flag remains, enemy tribe will not be able to build anything on the Meadow assigned to it.

These buildings generate a certain type of a resource over the course of few seconds. A resource drops nearby such building, which can be picked by ally or an enemy.

Increases chance of appearing of Grass by 10%

Increases chance of appearing of Rocks by 10%

Increases chance of appearing of Trees by 10%

Geology (leads to Better Materials): Allows your tribe to build Mines and Wells;

Engineering (leads to Logistics): Allows your tribe to build Mills and Laboratories;

Logistics: Decreases resource requirements for a construction by 2 units for all resources;

Militia: Allied buildings on a Meadow, which has your totem on it, have 15% chance of blocking enemy attacks. This bonus does not stack;

Builders Guild: Your construction sites need 2 hits less to be transformed into buildings.

Some interesting thoughts in there. You can already click on resources to drop them though. Just click on their icons at the top of the screen

Well, guess i didn't check that out, thanks for it though :D

With all these buildings, wouldn't you have to suppose, for just a brief moment, that they would make the very name of the game exactly what it is not? (By the way I really do Like your buildings idea but I just want you to consider this) While settling down on a meadow is appealing for one's tribe to gain benefits, there also, at the same time, needs to be a nomadic element of it too. You haven't done anything wrong here, but I am just saying this just because this game is called "wanderers.io" for a reason lol. With this move/stay balance in mind, buildings will certainly work out in this game. Overall, your Idea is great!

I think that removing environment refreshment boost from passive resource buildings is a right idea. It can also be altered to have charges, just like The Well, which forces more nomadic playstyle on players. When done right, players can make unbeatable fortresses, which will eventually dry up all the resources if nobody will seek for them out in the wasteland. Aditionally, I can consider removing varied resource drop in passive resource buildings (f.e. the Mine will no longer drop Iron, the Farm will no longer drop Food, etc.). It can force players to seek these rare materials, required to create more advanced and gamechanging stuff. Im looking forward to any feedback to my work! Thanks for reaching out!

I feel as though the resource idea you had gets to minecrafty (I do like the idea of wood being used for first tier shields) and could also hurt fps, by point three your just playing clash of clans.

WOW, is game reviewing your job or something?

imo adding so much resources would only overcomplicate the matter. also if you'd like to add more upgrades, more possible levels should be added. this game isn't based on cooperation as much as i wish it was and teammates are often unreliable, an so idea of developed logistics wouldn't work, i think

I do like this one,as a matter of fact.However some of these are only available and possible in tribal mode(the wheat mill for example)

i think, if this were to work, they would have to make up bag to 50. great idea those! hope they happen! 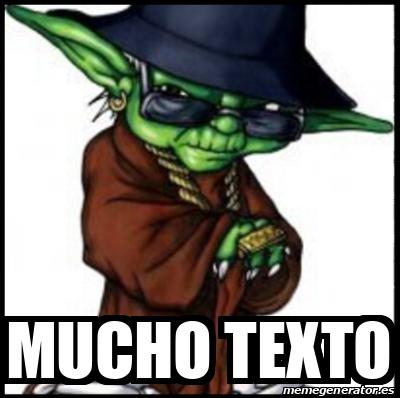